With the Black Scarves at the Battle of Bong Trang

1st of the 2nd, The Black Scarf Battalion 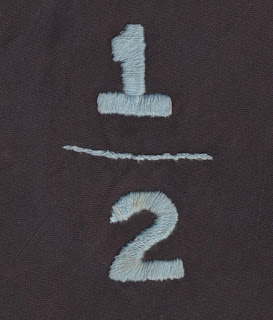 Thirty one years ago I was new 2nd lieutenant getting ready to ship out to the First Infantry Division.  The "Big Red One" had a storied history from WWI, WWII and Vietnam.  I was very proud to have been assigned to that famous division.


Greg McMahon and Curtis Quickle, my best home town buddies, took me out for a last fling in Little Rock before I departed for Fort Riley, Kansas.  At one of our stops, I ran into a gentleman who sported a First Infantry Division pin on his cowboy hat.  Next to the division pin was a unit crest for the 1/2 Infantry  -  the battalion in the First Division where I was to be assigned!


I hailed him of course, and we struck up a great conversation.  John Johnston had seen combat with the 1/2 Infantry in Vietnam.  I got his address and we corresponded for several months after that.  I felt truly humble, and privileged when he gave to me the Black Scarf that he wore in Vietnam and photos of himself taken in country.


I treasured those artifacts, but during one of my many military moves they were lost - or so I though.  I   mourned the loss of those items for many years, until they recently resurfaced when I found them tucked away in a long forgotten box.


This is the story of John Johnston and the Black Scarf Battalion at the Battle of Bong Trang, one of the fiercest battles of the Vietnam War.
"C Company weren't culls on 25 August, 1966.  C Company and B Company were wiped out that day."


At the peak of the Vietnam monsoon season, the 1st Brigade of the 1st Infantry Division began a routine road clearing operation.  Operation Amarillo, as it was called, was intended to remove mines and IEDs along several roads in Binh Long and Binh Duong Provinces.  Most of the clearing would occur along Highway 16 between Phuoc Vinh, the brigade base camp, south to Di An, the division headquarters.  The first two days were uneventful.  On the night of August 24th, Capt William Mullen sent out a fifteen man patrol from C Company, 1/2 Infantry.  They were to stay over overnight and listen for potential movement of enemy forces.


The next day dawned clear, a respite from the monsoons.  The patrol soon walked into the middle of a North Vietnamese base camp, that until that time had remained undetected.  As the patrol realized their mistake, they sent out an urgent call for help.  Within minutes half were dead and the survivors were fighting from abandoned NVA bunkers.  Five hundred men of the Phu Loi Battalion of the NVA army were swarming to the attack.  Only artillery fire called in on their own position by the patrol kept the enemy at bay.


Pvt. John Johnston of Little Rock, Arkansas was a baby faced 18 year old rifleman in C Company.  He, along with the remainder of C Company and a platoon of the 1st Squadron, 4th Cavalry Regiment (1/4 Cav) loaded on one M48 tank and seven M113 armored personal carriers and sped to the rescue.  As the relief force neared a large clearing in the NVA camp, the enemey ambushed C Company.


Lt James Holland, on his first combat operation as a platoon leader remembered, "When we were about 400 meters from them all hell broke loose. We deployed off the cav vehicles and we all returned fire. Our fire suppressed the VC and my company commander told me to take an A Cav and a tank, mount my platoon and go get the squad. We pulled out of the perimeter and headed for our objective. When we were about 400 hundred yards out the company and the vehicles we left were hit hard. I was ordered to return. As we turned the tank threw a track. Because it would have taken to long under those conditions to repair it we had to leave it. After destroying it we headed back in to the fight."  Lt Holland was wounded and three of his vehicle commanders were killed immediately as mortar and heavy machine gun fire tore through the column.  Casualties mounted as C Company engaged the Phu Loi Battalion.
As the leader of Troop C's 2d Platoon, Sgt. Wilbur J. Barrow, reported, "Every time we tried to get out, we were hit by mortars and hand grenades." As the commanders fell, Barrow continued, "privates were taking command of the tracks and calling  me to ask for help. My answer to them was to pick up their wounded and take salt pills and drink water, and pray, pray, pray! There was no help for anyone.”

"We were in their base camp and they wanted in and we didn't let them."


The fight turned into a close quarters slug fest.  Only artillery support saved Mullen's force from being overrun.  Mullen remembered later: "Until 2nd Lt Bruce Robertson, our forward observer was evacuated, he called for artillery fires on a continual bases, despite blood spurting from numerous wounds."


Casualties continued to mount, and no one knew how long it would take for help to arrive.  Mullen recalled: "While talking on the radio, I heard someone say, 'Charlie Six.' I looked up to see Specialist Tommy Freese, the only man in his platoon who was not a casualty.  As bullets few all around, Tommy stood in the open with a 60mm mortar on one shoulder and a sack of ammunition on the other. 'Sir' he said.  'The fourth platoon is ready.  Where do you want me to shoot?' "


Pvt John Johnston paints a vivid picture of the fight. "It was a bad day that burned in my mind.  24 hrs of fear despair and anger.  We shifted around all day, trench to trench.  I used lots of grenades.  There was a continuous roar.  Gunpowder and the smell of soured blood.   Powder burns on my arms from buddies weapons.   Hot rifle shells going down my collar.  Hot.  I don't know how we survived."


Now C Company and the cavalry needed to be rescued.  The remainder of 1/2 Infantry was committed immediately and raced to the fight.  Soon, the Brigade commander had all of his battalions moving to the NVA base camp.  1/16 Infantry, 1/26 Infantry, 2/28 Infantry and the remainder of 1/4 Cavalry were moving to the sound of the guns in a hasty attack.


Help was coming, but could Charlie Company hold out?

My second novel, The Archer's Son is now availible on Amazon.com! You can order it HERE.

The Secret of Wattensaw Bayou

M.E. Hubbs' first novel is now availible at Amazon.com and other on-line book sellers! You can order it HERE. Also availible at Books a Million stores.


Please visit my website for more information about me and my books. www.mehubbs.com